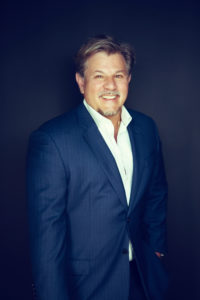 Dr. Gutierrez was born in Cuba in 1957 and immigrated to the US in 1960, where he grew up in both New Orleans and New Jersey.

He received a BS in Biology from the University of New Orleans and completed his medical training at Louisiana State University Medical School. He interned and did his residency at Charity Hospital New Orleans, and was board certified in dermatology and dermatological surgery in 1987.

During his residency, Dr. Gutierrez was a recipient of the Peterkin Award for Outstanding Resident Research Projects and  received a Continuing Medical Education Award from the American Academy of Dermatology. He was also voted “Top Doctor” by Orlando Magazine in 2011.

In 2016, Dr. Gutierrez became a clinical assistant professor in the Department of Clinical Sciences in Dermatology at Florida State University’s Orlando Campus. Additionally, he teaches at the University of Central Florida’s School of Medicine.

He is bilingual, fluent in both Spanish and English.

Processing...
Thank you! Your subscription has been confirmed. You'll hear from us soon.